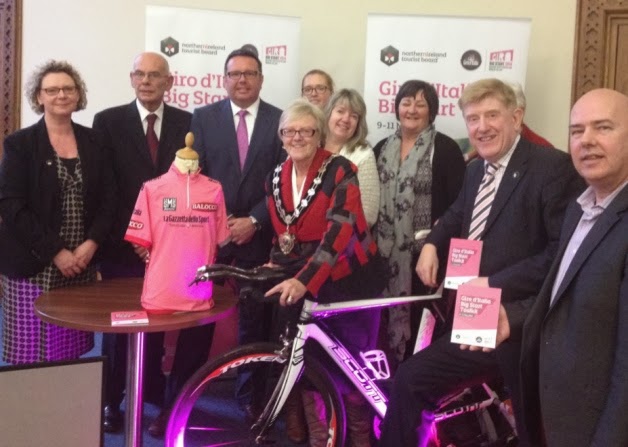 A guard of honour could await Giro d’Italia cyclists when they arrive in Ballymena on May 10, according to the Mayor.

It’s just one of the ideas being considered to mark the world famous cycling event’s passage through the borough on its way from Belfast to the Causeway according to First Citizen, Cllr Audrey Wales.

Other possibilities include the hosting of a pink tea party in tribute to the Giro’s official race colour, inviting local cycle clubs to take part in special activities, getting local businesses to compete in a charity ‘spin-a-thon’ at the Broadway Bandstand and holding spin cycle sessions covering the length of the route at Ballymena Leisure Centre.