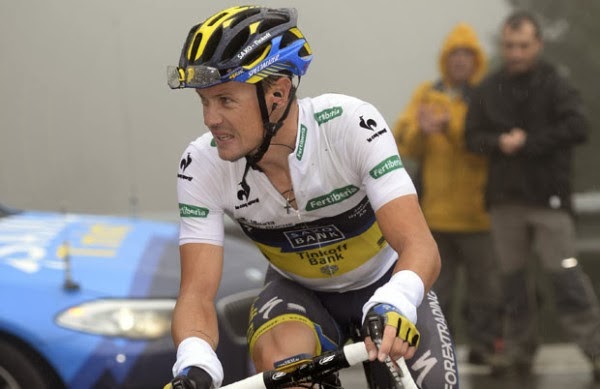 Nicolas Roche has confirmed today that he will ride the Giro d’Italia next year.
Having skipped the three week Italian tour in favour of the Tour de France and Vuelta a Espana in recent years, Roche had asked his Saxo Bank team if he could ride the 2014 edition as soon as it was announced that the Giro would spend three days in Ireland next year.
Continue reading at http://www.stickybottle.com/latest-news/nicolas-roche-now-guaranteed-irish-giro-start-by-saxo-tinkoff-after-pre-season-talks/