Giro d'Italia will be NI's 'biggest ever event', says minister 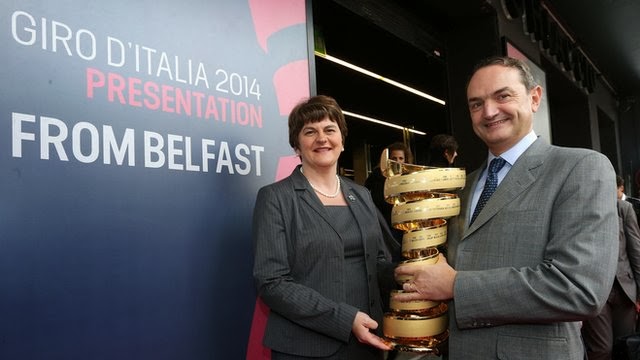 Northern Ireland Tourism Minister Arlene Foster has said that the three days of Giro d'Italia action in the province will make for the "biggest event" ever staged in Northern Ireland.
The 2014 race will start in Belfast on 9 May and the Minister said the Giro will give Northern Ireland "a global outreach we have never had before".
"This is going to be even bigger than this year's G8," insisted the Minister.
"We expect around 150,000 people to come to Northern Ireland for the race."
Continue reading at http://www.bbc.co.uk/sport/0/cycling/24438670